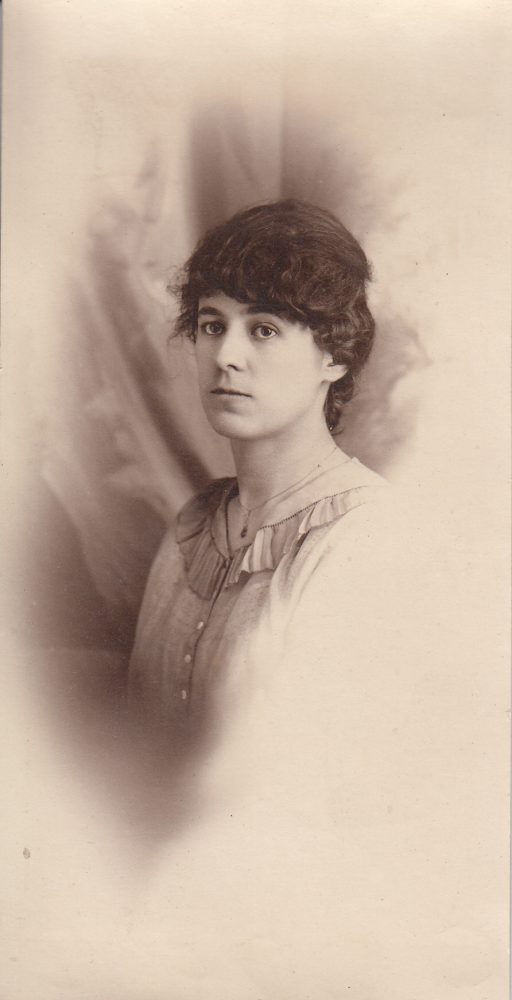 Charlotte Georgia Rorvig was born on 21 Sep 1887 in Cooperstown, North Dakota. Her parents, Peder Rorvig and Juliane Eielson were immigrants from Norway. She had six siblings: 2 brothers and four sisters.

In 1910 her family lived in Rosendal, North Dakota. She was a teacher at the public school and her father was a farmer. (1910 US Census) “For many years, she was a successful country school teacher and had great love for children,” wrote Ardis.

In 1920 her family lived in McHenry, North Dakota. Her father was selling stock twine. (1920 US Census)

On June 1st, 1927 Lottie Married John Christian Kloety in Hennepin, Minnesota (Minnesota, U.S., Marriages). According to Ardis, he owned a gas station at the time.

In 1930 she lived with Jack, their daughter Ardis and Jack’s mother in Tacoma, Washington (1930 US Census)

In 1940 Lottie lived alone with Ardis in Tacoma Washington on Kay Street. No job is listed. (1940 US Census)

Between 1928 and 1947 they lived at 3581 East M in Tacoma, Washington – occupations: clerk, bookkeeper and stenographer. His mother also lived with them. However, at the same time she is also listed as living in Oakland, CA and working as a flower maker (U.S. City Directories). Ardis wrote, “She loved flowers, especially roses, and with her skillful hands made many lovely flowers for corsages and floral arrangements.”

In 1941 when Jack applied for his veteran’s pension he was living alone in Tacoma, WA. He states the reason for living separate from his wife as “too much religion”.Lottie was a member of the Seventh-Day Adventist Church.

In 1942 and 1944 Lottie is registered in Alameda County as a Democrat at 449 30th Street. Her occupation is “pie maker”. (California Voter Registrations)

Lottie died on 21 Oct 1969 in San Bernadino, California at the age of 82 of bladder cancer (Death Certificate). She is buried at Forest Lawn Memorial Park in Los Angeles, CA.