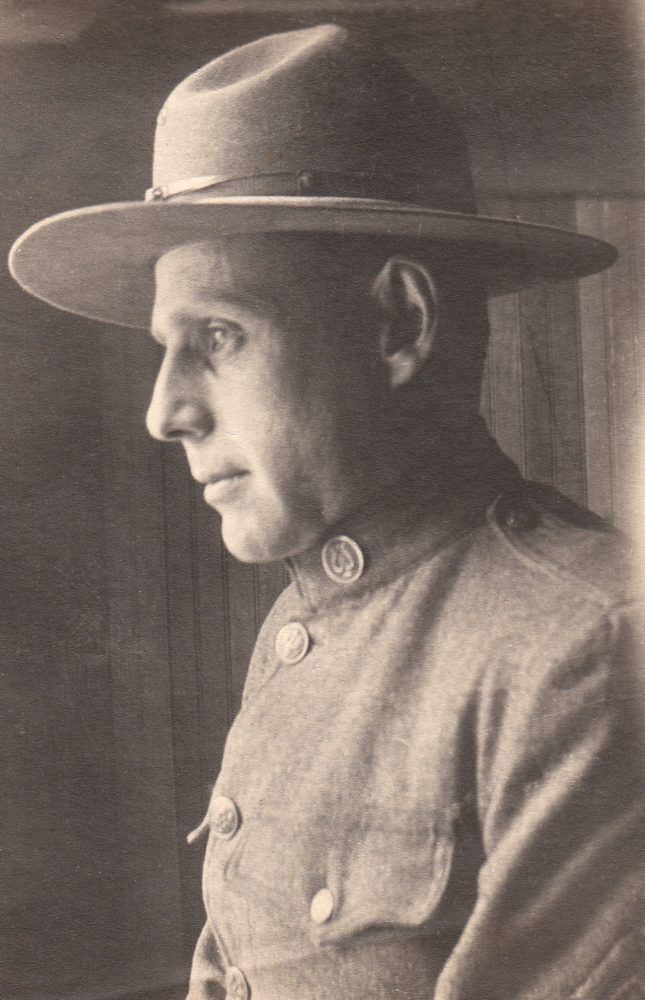 Born 21 Mar 1887 in Ada, Minnesota to Emil Joseph Kloety and Anna B Yeager. He was the first generation born in the U.S. – his parents were immigrants from France and Switzerland. Though his father was from France, he often reports that his father spoke German. He came from Alsace-Lorraine, whose boundaries were disputed by France and Germany.

His father was a harness maker. (1900 U.S. Census) His older brother, Joseph, died in 1901. Ardis remembers it was a ruptured appendix. His younger brother was Emil Charles Kloety.

In 1910 he was living with his mother (his father died in 1909) in McDonaldsville, Minnesota and working as a bookkeeper. (1910 U.S. Census) He is also listed as a boarder in Greene, North Dakota. His occupation is listed as a stenographer in real estate. (1910 U.S. Census). It’s possible for someone to be listed twice in the census if they are reported twice, perhaps by his mother or the place he was boarding.

In 1911 he lived in Fargo, North Dakota and worked as a stenographer (U.S. City Directory)

In 1920 he was lodging with a Russian family in Minneapolis and a self-employed vulcanizer (someone who repaired tires) (1920 U.S. Census)

On June 1st, 1927 Jack married Charlotte Rorvig in Hennepin, Minnesota (Minnesota, U.S., Marriages). According to Ardis, he owned a gas station at the time. In 1930 he was living in Tacoma, Washington with his wife Lottie (Charlotte Rorvig), his mother Anna and his daughter Ardis, born in 1929. The census doesn’t list an occupation for him. (1930 U.S. Census)

Between 1928 and 1947 they lived at 3581 East M in Tacoma, Washington – occupations: clerk, bookkeeper and stenographer. His mother also lived with them. (U.S. City Directories)

In 1940 he lived alone in Tacoma, Washington and was a clerk for the “WPA”, most likely the Work Progress Administration, an agency of the “New Deal” that employed millions of job seekers to carry out public works projects. (1940 US Census)

In 1941 when he applied for his veteran’s pension he was living alone in Tacoma, WA. He states the reason for living separate from his wife as “too much religion”.

In 1954 he was registered as a Republican in Los Angeles, living at 926 S Berendo St, with his wife Charlotte (California Voter Registrations)

Jack was a drummer for the American Legion. Ardis says he was their oldest drummer. Ardis also writes that her father was a high school football coach, an electrician in the navy during WWII, that he sawm in the ocean often even into his 70s.

Ardis also wrote that her father wanted to be an artist and that he drew  excellent sketches of “cowboys and Indians” and pretty ladies. She said that her name (Jeanne Ardis Charlene Kloety) spells JACK.

John Kloety died at the age of 84 on May 9th, 1971 in Bonita, California. He’s buried in the Ada Cemetery in Ada, Minnesota.